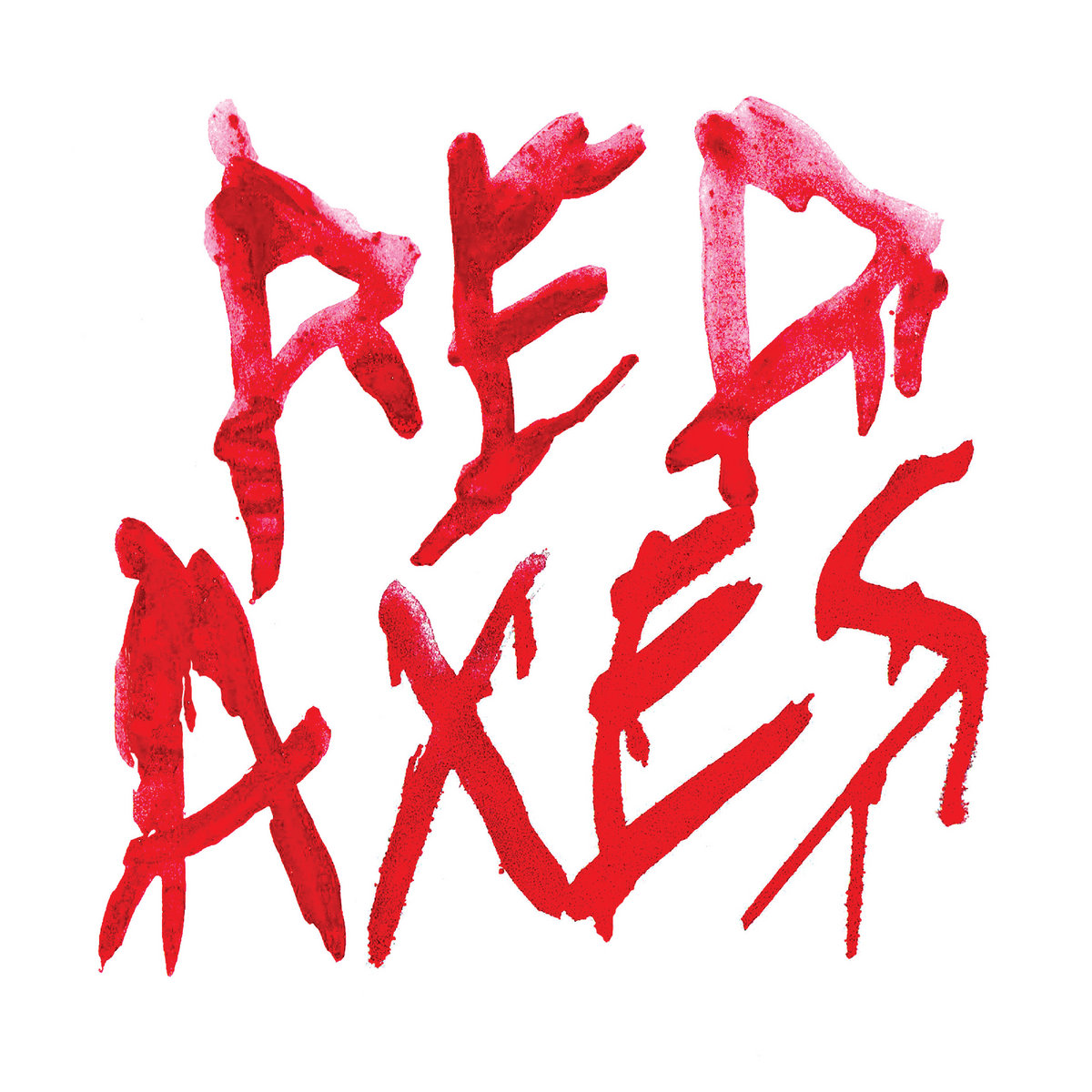 I’ve been simmering on this Red Axes album for about a week now, and I would like to let it be known that upon first listen, I wasn’t entirely sure what I made of it. Sure, the hooks are catchy, the songs are structured appropriately. I basically felt that the effort was quite inoffensive and somewhat on-the-nose about what it was trying to convey. Now, don’t get me wrong, that’s not to say I didn’t enjoy the record, I definitely did, but nothing really grabbed me straight away. That was, of course, until I meditated on this record more and more, and I must say, I’ve actually grown to treasure this record as a slice of fun, sleaze and character. There is definitely more taking place here than what would initially meet the eye.

The first testament to this album’s shine is how damn consistent it is! I mean this in the sense that every track has its own personality and characteristics – they are their own form and creature. Yet, they all share something in common – being so Goddamn memorable and having very strong, catchy, poppy motifs.

Take Shelera, for example. Now, this track is one of my favourites on the entire record and a perfect figure to use in describing what makes the songs pop, in my opinion. Aside from the infectious sing-a-long chant of Shelera, its the instrumental elements that reinforces Red Axes’ songwriting capabilities. There is a strong leading synth line, coupled with raucous, punky guitar stabs – I feel like I’m on the beach, a wild campfire roaring away, chanting around this orb of light, chiming away without any fucks given. The track’s tribal essence is what makes it so much fun to listen to.

Red Axes know how to read between the lines when it comes to composition. What stood out to me the most upon repeated listens is how dynamic their use of synth tones, timbres and oscillations are. There’s such quiet confidence here, you can tell this isn’t these guys’ first rodeo. Every sonic placement is deliberate, yet seemingly organic… It’s not something you have the opportunity to experience very often. It’s like looking at a painting from afar and admiring it, but when you get up close, every intricate brush stroke only strengthens your appreciation for it. The attitude is punky, spunky and full of personality, but not messy. Carefree, but considered. I like it.

I would like to quickly take the time to make some honorable mentions about some other compositions that really hooked me in. Sticks & Stones is bloody excellent, and probably one of the biggest ear-worms I’ve had in a significant amount of time. The way the instruments punctuate Adi Bronicki’s voice in the chorus is just so damn infectious and brings so much attitude and presence to the piece, as well as a strong bassline and crisp percussion. In fact, all of the percussion on this album is masterful – hats off to whoever was responsible for mastering this record. Everything sounds so clear and has the right amount of attack or passivity. It greatly enhances the listening experience.

The final two tracks on the album Udibaby and Arpman are the last of which I’d like to talk about in detail, the two purely instrumental tracks on the record. Firstly, Udibaby completely threw me off when I gave it my first proper considered listen, and definitely not in a bad way either. There’s a polyrhythmic beat that is played out throughout, and that really encapsulated me – it was quite playful in its execution as I was trying to mathematically make sense of it. A nice little mind game. Arpman is just a beautiful gem, and a nice closer to this album, with twinkling synths and a warm progression. It makes me consider more and more what this album would’ve been like if more of the record was considered in this vain.

I will admit, the second half of the record isn’t as strong as the first, as some of the songs don’t really capture the imagination as much as some of the first-half’s magic. My only other complaint is that this album would have been a lot more engaging if some of the tracks tied together better on the track listing. Despite the record’s overall consistency, some of the hard-cut transitions between tracks can be slightly jarring.

All in all?
A record that is well worthy of your time. It’s fun, entertaining, and has a lot of playful aspects (I almost forgot to mention the vocal delivery on Hold. If you need any more convincing that these guys are capable of injecting some comedic self-awareness in their compositions, definitely look this track up). It is one I look forward to returning to upon a casual listen, with nods to the likes of Chemical Brothers, Kraftwork and Digitalism, complimented best with warm weather. Fun, fun and more fun.